The Central African Forests Commission (COMIFAC) is the primary authority for decision-making and coordination of sub-regional actions and initiatives pertaining to the conservation and sustainable management of the Congo Basin forests. 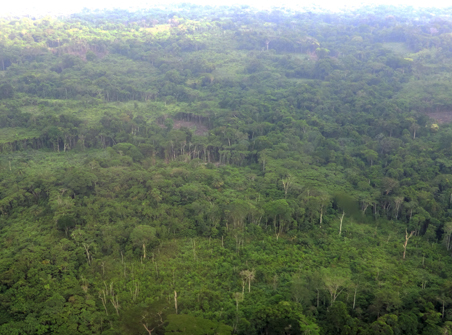 COMIFAC is made up of the forestry ministers of participating Central African countries and is under the head of a secretariat. The legal basis for the Commission was laid in 1999 when the heads of state of the Republic of the Congo, Chad, Equatorial Guinea, Sao Tome/Principe, Gabon, and the Central African Republic convened and produced the Yaoundé Declaration. The Declaration recognizes the protection of the Congo Basin's ecosystems as an integral component of the development process and reaffirms the signatories' commitments to work cooperatively to promote the sustainable use of the Congo ecosystem in accordance with their social, economic, and environmental agendas.

Since its formation, COMIFAC has met regularly to discuss its agenda and develop an official Plan de Convergence, an action plan that identifies COMIFAC priorities. Based on COMIFAC's Plan de Convergence (2003-2010), the CBFP identifies its major themes as: harmonization of forest policy and taxation, inventory of flora and fauna, ecosystem management, conservation of biodiversity, sustainable use of natural resources, capacity building and community participation, research, and innovative financing mechanisms.

Since 1999, the signatories of the Yaoundé Declaration have also worked to overcome variances and formalize their commitments in a treaty. To this end, in February of 2005 a landmark conference was held in Brazzaville, Republic of Congo. At this conference an official treaty was signed by the heads of state of the Cameroon, the Central African Republic, the Republic of the Congo, the Democratic Republic of Congo, Gabon, Equatorial Guinea, Chad, Sao Tome/Principe, Burundi, and Rwanda. The signatories to the Treaty do not correlate directly with the members of CBFP, but the Treaty demonstrates the active nature of the forestry dialogue in Central Africa of which both the CBFP and COMIFAC play an integral part.